From Robots to Competence Management Systems…

Gabriel Stroud, a man well known as the team captain and weapon operator for his fighting robot ‘Tanshe’ on This is Fighting Robots, aired on Youku TV, and Sabre Tooth on Robot Wars in the UK, has another side to his big personality. He’s the inspiration behind ACMS, AssessTech’s electronic competence management system designed specifically for the Railway Industry.

Back in 2004 Gabe was working as an assessor and verifier for a consultancy firm within the Railway Industry. Managing lots of paper-based forms, working to pre-set assessment dates and following a compliance led approach, he quickly got very frustrated and felt the whole process was like a ‘sausage factory of assessments’. He could see there was lots of potential to develop individuals and let them take responsibility for their own competence, but there were no tools available to automate it. Using this process, individuals would be assessed at a point in time but the areas of improvement that were captured would disappear into a huge void, only be discussed the next time an assessment was due. 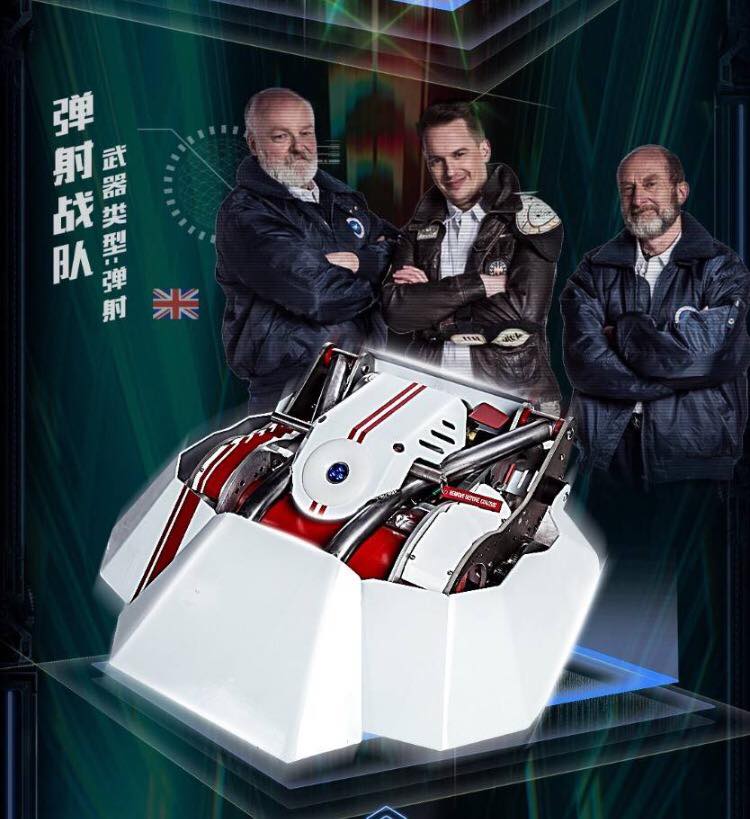 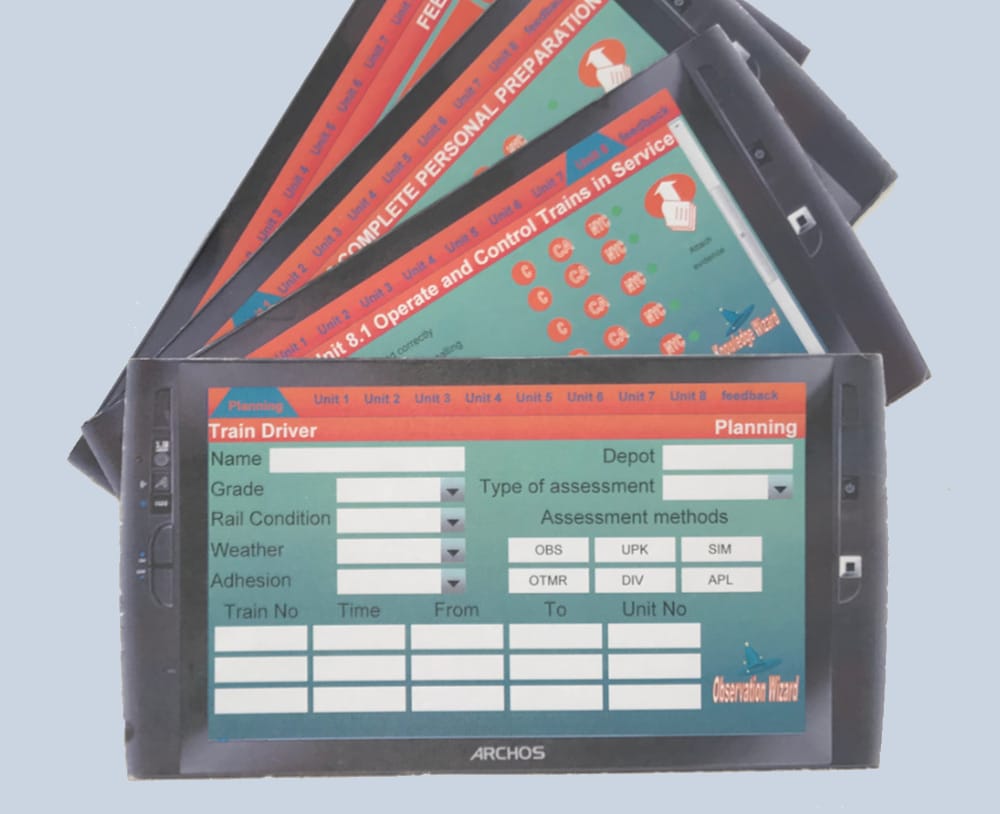 Gabe spotted an opportunity to create a real-time capture process on a portable device which would radically change the current assessment process.  Laptops were cumbersome and therefore not an ideal solution for assessors and the only tablet available at the time was an Arcos. He quickly realised the tablet was the ideal solution as it was portable, light and could easily be updated on the move.  Next steps were to identify a programmer.  With a background in art, Gabe could visualise what the key steps would be for the electronic assessment programme so in true Tony Hart fashion, he got out some cardboard, glue and scissors and created a designed cardboard version of the screens, based on grade criteria to monitor an individuals’ competency level.  He brought these to a number of developers who laughed at his efforts and said it would be too expensive and difficult to develop.
Never one to give up, he remembered his wife had a distant relative, Jools, who was a computer programmer, although she hadn’t seen him in years. They invited him over under the false pretences that they wanted to rekindle their family friendship and Gabe quickly introduced him to his cardboard concepts. Jools assessed the idea, could quickly see the potential of the concept, knew that Apple were almost complete in their development of the iPad and suggested they start a company…and so AssessTech was born.

Their approach was to find someone with vision within the Railway industry who was willing to take a risk and convince them to invest in their idea!

Gabe’s initial concept was to create a portable solution that would empower the assessor to enable them to grade individuals in real-time, whilst they were doing their job. Candidates would then focus on the areas they needed to learn and work with the assessor to help identify areas of weakness, improve their skills and ultimately do their job better.

A simple app wasn’t going to suffice. They needed to build a database with reliable data and information for individuals at all levels – the drivers, assessors and senior managers, who needed to understand competency levels across the whole organisation at any point in time.

They met with C2C in April 2010, the day the iPad was released and proposed that C2C go totally paper free and use the tablet to manage their staff’s competency levels. C2C had the vision to see the benefits this would bring to their organisation and gave them the green light! AssessTech worked closely with C2C to develop the first app.

When GWR came along they steered the business in a different direction. GWR (FGW at the time) weren’t ready for assessment but identified a number of requirements to help individuals and assessors to do their job. Steward Player, who was heading up the training and compliance department at the time, had a vision for GWR. Driven by the need to automate European Train Driver Licensing, investigate incidents better, create standards and develop new innovative processes to join up the systems within GWR – the building blocks that created the industry standard platform, ACMS, was starting to form. 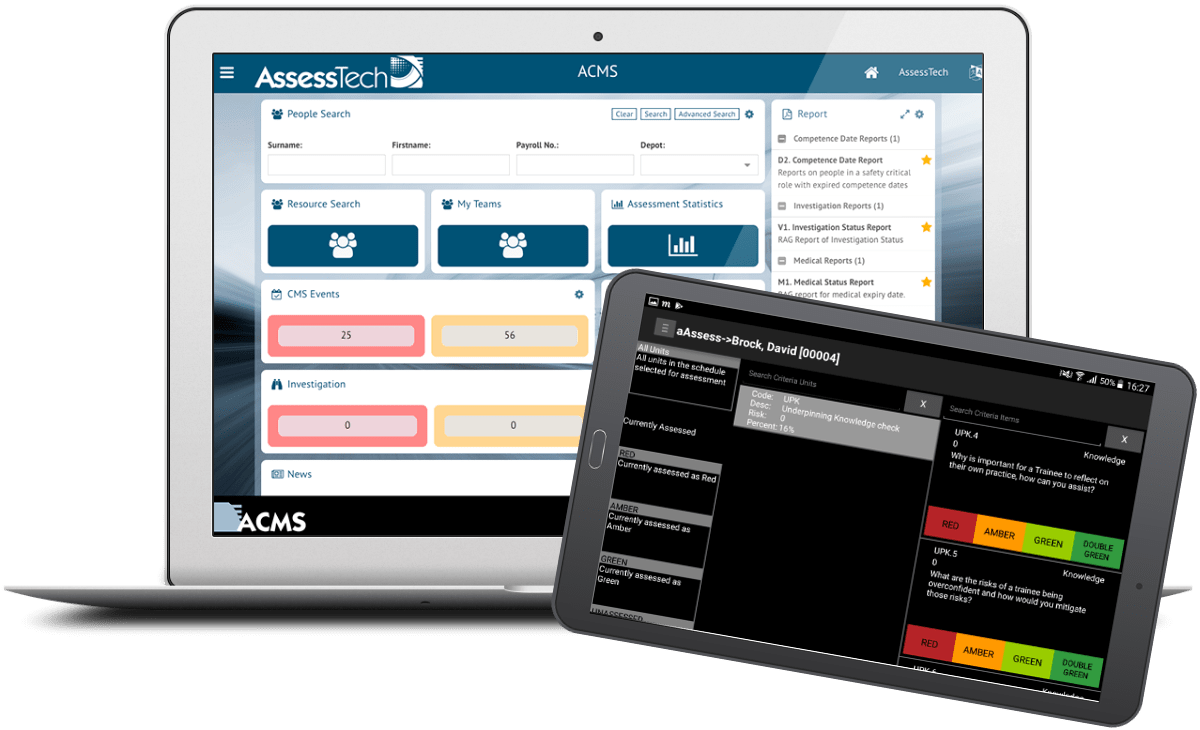 Gabe and Jools realised they couldn’t deliver a client as large as GWR on their own. They needed to build a team, and quickly. Sally came on board to run the operation and in 2013 they decided to reform AssessTech with Gabe, Jools and Sally as directors of the business.

By working with GWR, AssessTech were able to gather relevant information to expand individual modules and develop a very powerful industry standard platform, linking competency to incident and route management. Gabe was mining the industry for information, Sally was engaging customers and Jools was developing ACMS to create a robust industry focused platform.

“Because of the safety critical nature of the Railway industry, train operating companies are understandably cautious with new technology. It was critical for us to align ourselves to the key steps and pace at which our customers wanted to move forward in order to provide a solution that met their needs. From cardboard to where we are now is light years apart, and with our excellent customer service, ACMS is definitely the number 1 choice for developmental competency management in the UK Railway Industry. The defining point on my journey with AssessTech was watching Dr James T Reason’s video, Just Culture. His concept of the Swiss Cheese theory in identifying latent and inactive failures aligned itself to the Railways’ culture of incident causes. This concept confirmed that ACMS would be a great tool to identify those holes in current processes.”

In Summary, good developmental competency management only exists when you have: 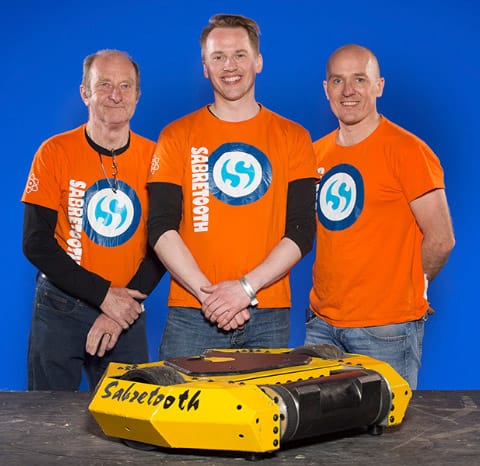 So, as I said at the start of this article, Gabe’s second (or maybe first) love is Robots. He started on Robot Wars in the UK with Sabretooth in 2001 and appeared on the Celebrity Special edition of Robot Wars in 2017, teaming up with the Brownlee Brothers with their robot Jar. Gabe and his team mates have now built a new robot Tanshe and regularly compete on This is Fighting Robots, aired on Youku TV, where viewing figures have gone through the roof! With over a billion followers across China, Tanshe and Gabe have become an international phenomenon. 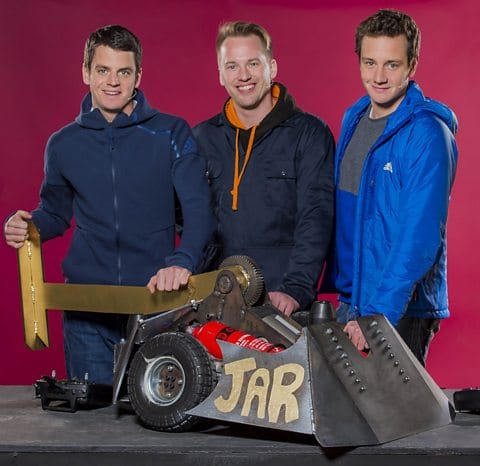 But what we shouldn’t forget is that he’s also the mastermind who brought us Electronic Competency Management from a few cardboard cut-outs.
Share This